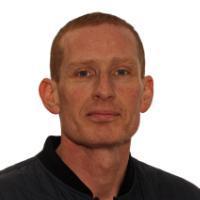 My current research centers on the great reform schemes that aimed to transform Greenland into a welfare state. This work will accordingly provide analyses of the ambitious programs implemented in Greenland in the 1950s and 60s, and contextualize this development in the global transformation of the political geography after WW2, during which colonies reemerged as less developed - or third world countries, and large scale social planning/improvement schemes was prevalent.

The specific focus is the intersection between expert knowledge and political power. The empirical cases are health/sanitation initiatives and housing/town-development programs, all seeking to ”improve” the conditions in Greenland. Under the improvement agenda the battle against venereal diseases and tuberculosis, in its entanglement with moral issues and political concerns, became a principal theme. Architects, medical doctors, anthologists, politicians, NGOs and many more were contributors to the endeavor to provide better housing, sanitation and living standards in Greenland.

Soon the improvement schemes became criticized for being insensitive of traditional Greenlandic lifestyle and culture. Hence they provided the backdrop against which many Greenlanders began to reject what they perceived as “Danification” and turned towards an (Inuit) indigenous identity. Thus, by addressing this process of decolonization, I will contextualize the trajectory of contemporary self-ruled Greenland in the international climate of decolonization, development and social transformation.

The research is in dialog with my existing work which has probed with the Danish colonial project in Greenland (see for example Colonialism in Greenland. Tradition, Governance and Legacy Palgrave: Cambridge Imperial and Post-Colonial Studies Series, 2017).