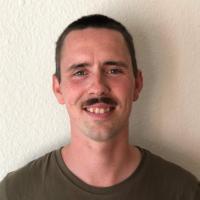 In my PhD project I am examining the use of natural resources, particularly marine resources, in the British, Danish, and Dutch Leeward Islands, in the 18th and early 19th centuries. This focus derives from questions related to the fundamental conditions, limitations, and options that govern life on small islands: how did islanders use the vast blue stretches surrounding them, who used its resource, and what role did marine resources play in the preservation of the islands and the colonial societies?

These questions become even more pertinent in the context of the small Leeward Islands in the colonial period, which were and still are places of scarcity in terms of natural resources. This scarcity developed as the islands gradually became overpopulated and subject to overexploitation leading to a quick and profound depletion of the islands’ natural resources. This created a fundamental condition of fragility in these societies, which revealed itself during times of crisis such as hurricanes, droughts, and wars. As such, island colonies became unsustainable places depending to a large degree on imported resources from North America and Europe. However, the importance of local and regional marine resources in this context of fundamental fragility and scarcity is not studied to any notable extent and it is my hope that my dissertational work can contribute to throwing light on this neglected part of Caribbean colonial history.