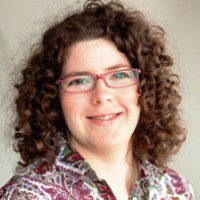 I got my PhD from Universidad Complutense de Madrid with a thesis entitled “Los usos de la Inclusa de Madrid: mortalidad y retorno a principios del siglo XX (1890-1935)” [The uses of the Foundling Hospital of Madrid: mortality and retrieval at the beginning of the 20th century (1890-1935)], where I mixed classical social history approaches with quantitative analysis from historical demography. Afterwards, I worked as a postdoctoral researcher at urrently working at the the Centre for Economic Demography at Lund University and at the Institute National d’Etudes Demographiques in Paris (France).

My current project is a Mobilex Mobility Grant, financed by the Danish Council for Independent Research and FP7 Marie Curie Actions- COFUND (reference DFF-1321-00136) entitled A Tale of Two Cities: inequality in death Copenhagen in Madrid in the late 19th and early 20th century. It aims at studying the relationship between occupation, often used as an indicator of socioeconomic status, and the mortality risk of individuals in two European cities, Copenhagen and Madrid, in late 19th and early 20th century. In order to do address this issue, reconstructed life courses (based on linked records on individual through the census, birth, death, migration and marriage information) will be created for the city of Copenhagen (1880-1885), the Copenhagen Historical Population Database, and compared to a similar data already available for Madrid. Results will illuminate whether and why mortality was higher for the working classes, and whether there were particular subpopulations at risk within the city: particular occupations, neighborhoods, age or gender groups

I am currently one of three teachers in the course: "Modul 1; Kroppenes politik, kroppenes historicitet" (Master course, compulsory, Autumn 22015)

I can supervise Master thesis on topics on social and economic history, particularly engaging with issues that intercept with population and individuals lifecourses (health, mortality, migration, fertility but also social mobility from any methodological approach) from cultural and quantitative approaches.