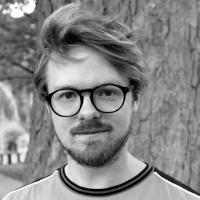 In my current PhD project, I investigate occasions for recognition of virtue in 4th century Athens.

The virtue ethics of 4th century Athens is almost synonym with Plato and Aristotle. It is a huge field of philosophical research. Social historians, on the other hand, have studied the 'popular morality' (norms and values) that characterised the society of the famous philosophers. Few, however, have studied virtuosity as such as a historical practice of the average Athenian, whoever that is.

I try to uncover some historical preconditions for the very concept of virtuosity, that is, the idea that behaviour can be shaped by robust, praiseworthy character traits. Which were the occasions, in the lives of Athenian men and women, citizens and slaves, for being recognised as a good person?

My project focuses on four distinct occasions for moral recognition: (i) the law, (ii) death, (iii) the oikos and (iv) the polis. Each occasion offers insights into Athenian ethical life which are conveyed neither by Plato or Aristotle nor by historical accounts of popular morality. When treated in tandem, they can also shed light on the impact of virtue ethics on the workings of the Athenian democracy.